Andy had a model speed boat he needed to repaint, so the team helped him to transform his boat through high-quality paint solutions. Find out more about how this project turned out by taking a look at our notes below.

A couple of years ago, Andy acquired this Aeromarine Sprint Cat from one of his boat club members. He’d built it and used to bring it down to the club to sail, but it always had the potential to go a lot faster. After Andy bought it, he replaced the old engine with a new CMB 15cc motor, which was powered by nitro fuel similar to that used in RC cars. It has around eight horsepower at over 20,000 rpm. Andy made many other alterations to it along the way, and it’s now running over 70mph on the relatively small lake.

The only thing letting it down was the paint. The white is the gel coat of the glass fibre, but the black and yellow were painted on with a brush. The previous colour scheme made it difficult to see, so Andy decided to repaint the upper parts of the boat with DC’s 2K paint in RAL 6038 matt, which no doubt will be far more effective when it’s back on the water in the warmer weather.

Firstly, key down (lightly sand or use a mirlon cloth) the edge of the paint to make it matt. Remove any dust or particles with a Tak cloth, or damp cloth, then dry. Then apply a light coat of the High Build Primer.

TOP TIP: Just cover the surface, don’t fully repaint it and leave it to cure for around 30/40 minutes.

Once cured, a RAL 9910 Hipca Pure White in 2K was painted on in light coats until the finish was acceptable. Then a green coloured RAL 6038 Matt 2K Paint was added to offset the white colour on the bottom of the boat.

Fantastic project, and thanks to Andy for the pictures, they’re great!

Video Of The Boat

Photos Of The Project 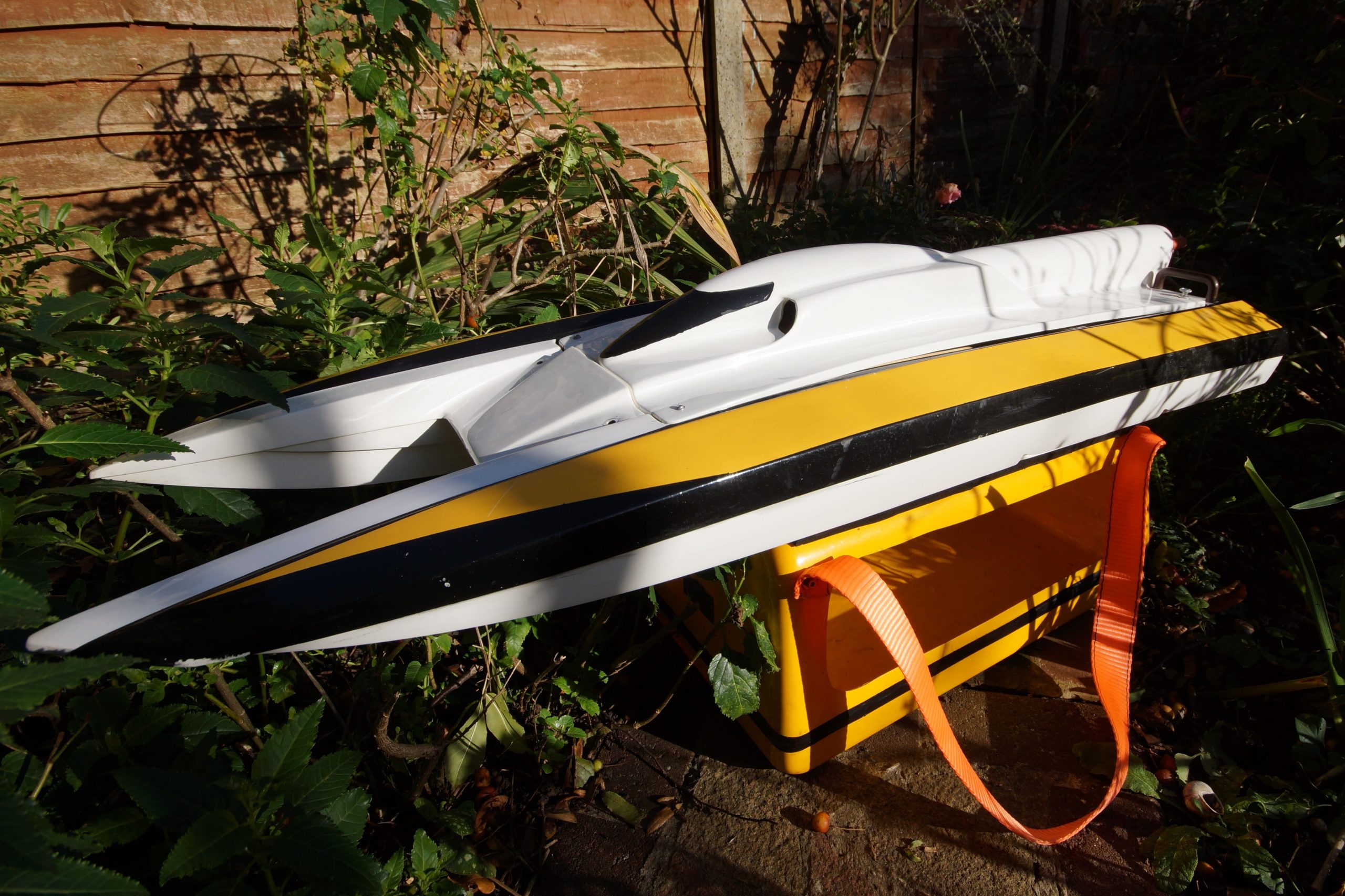 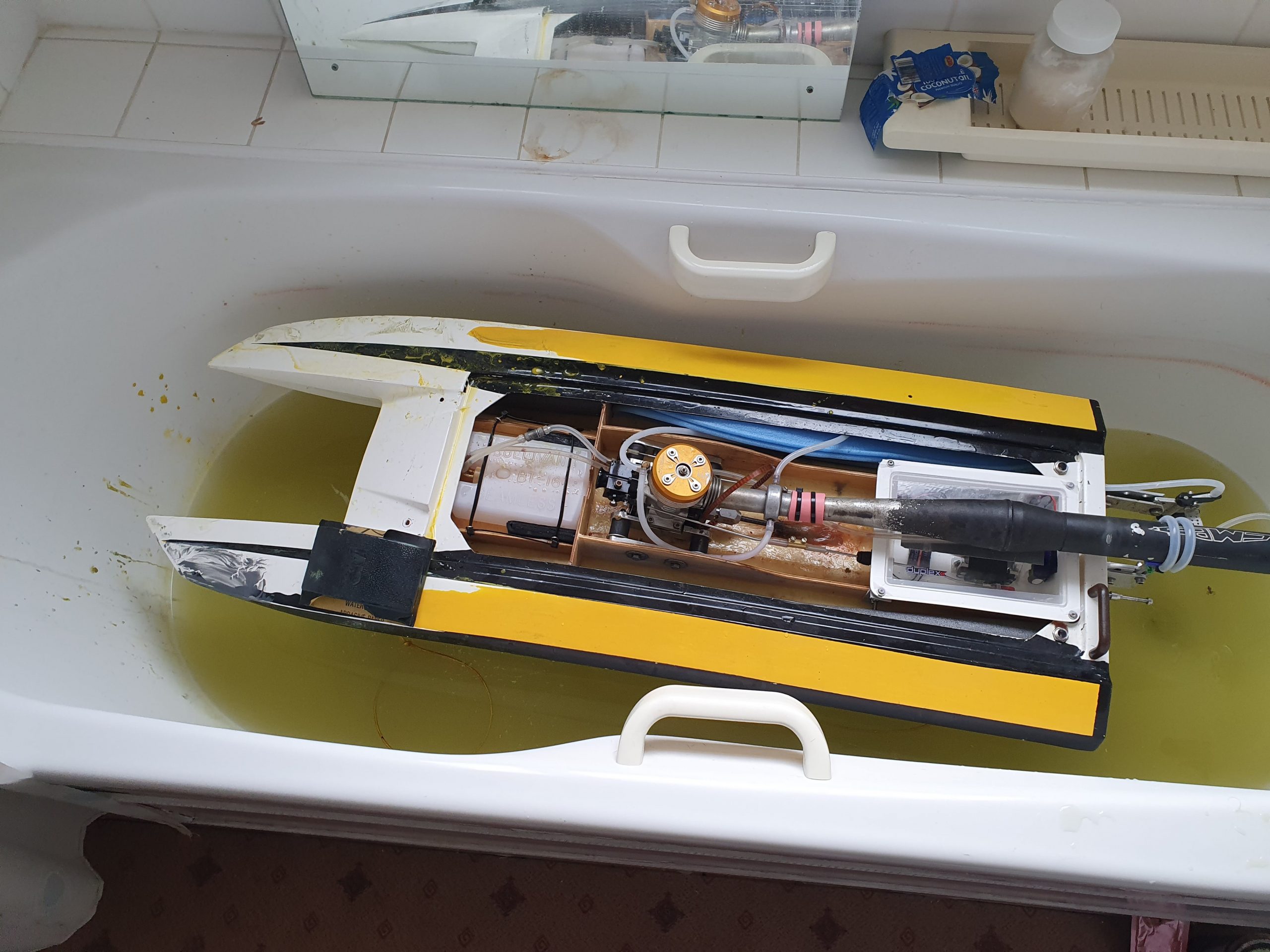 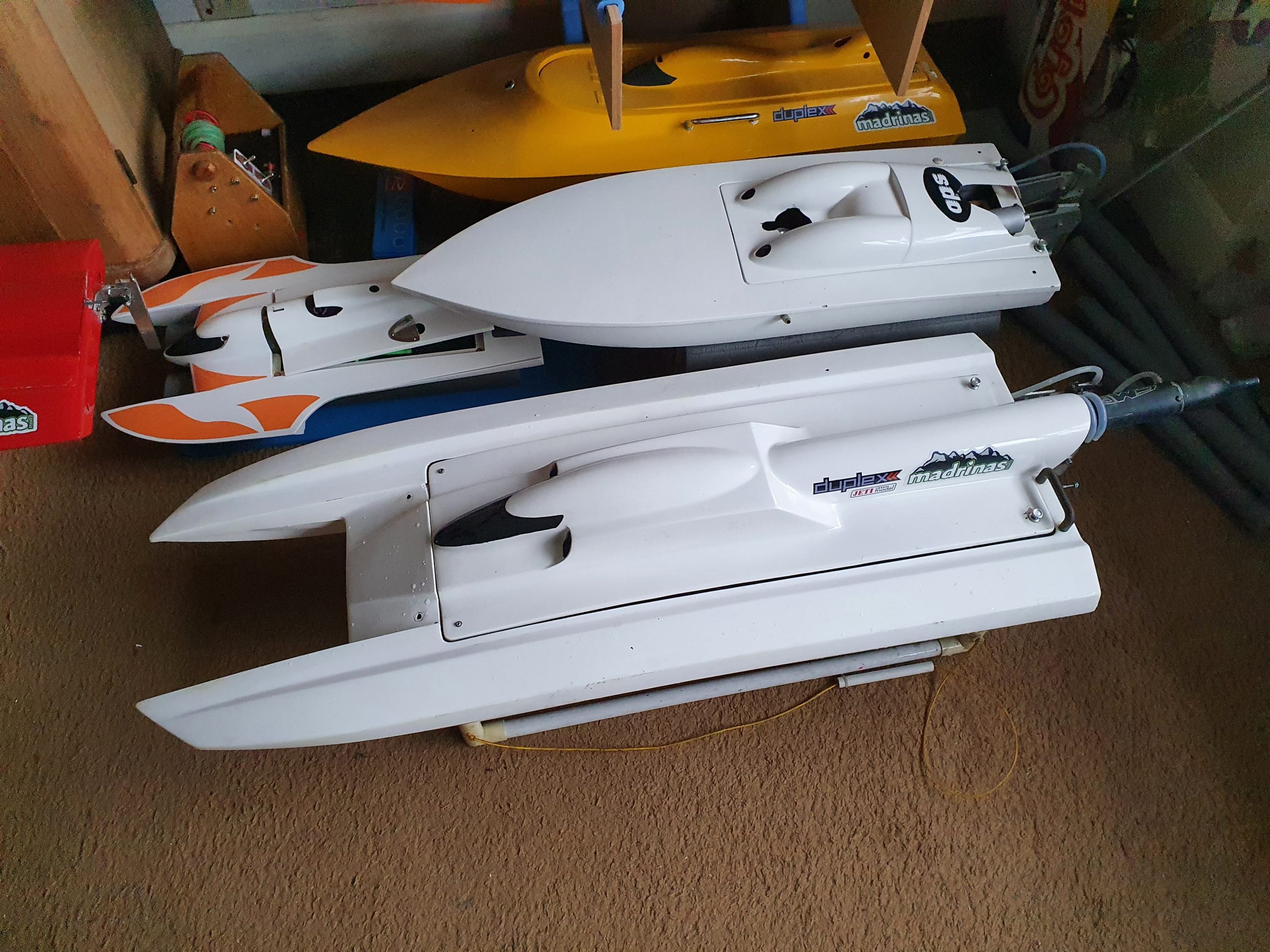 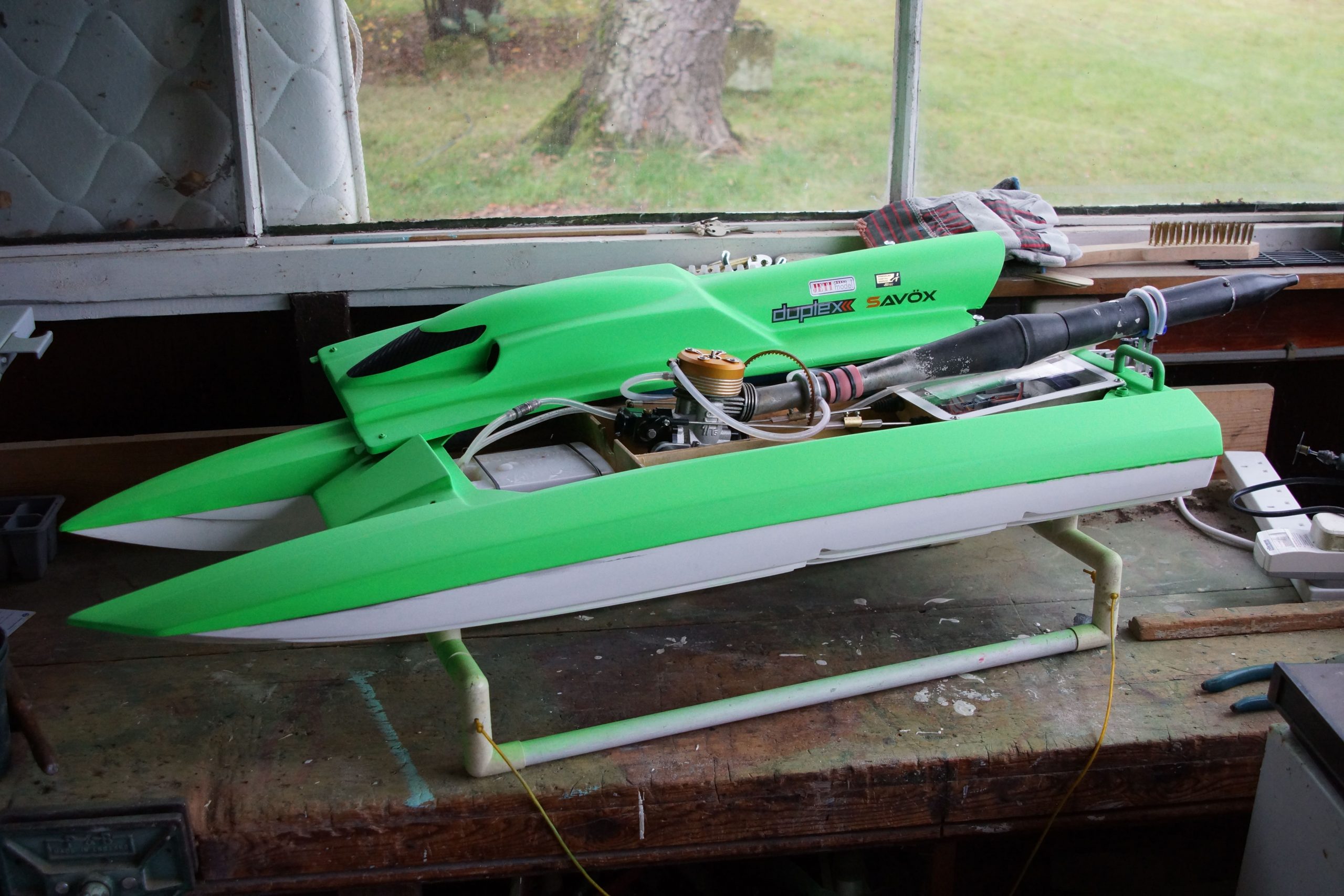 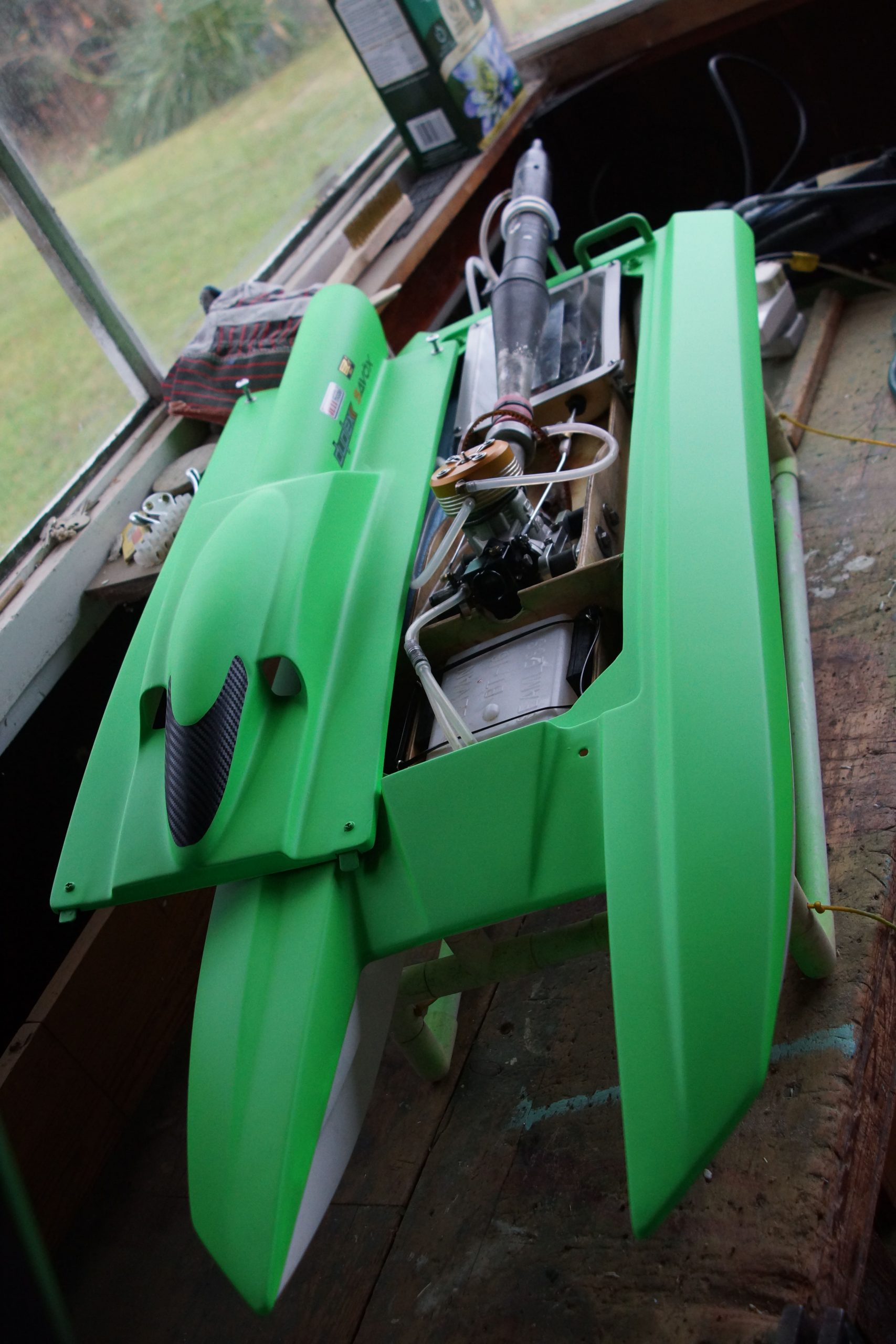 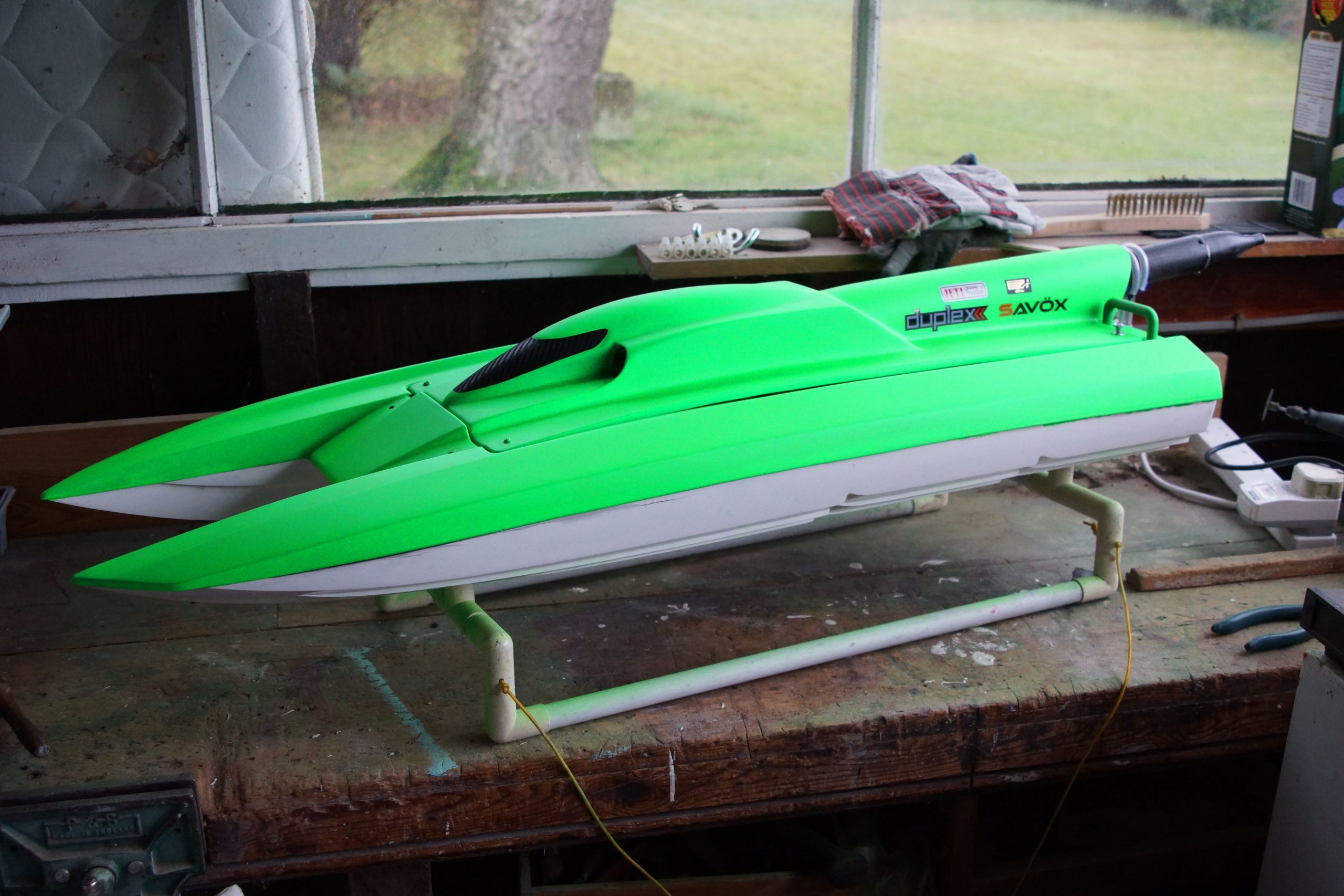 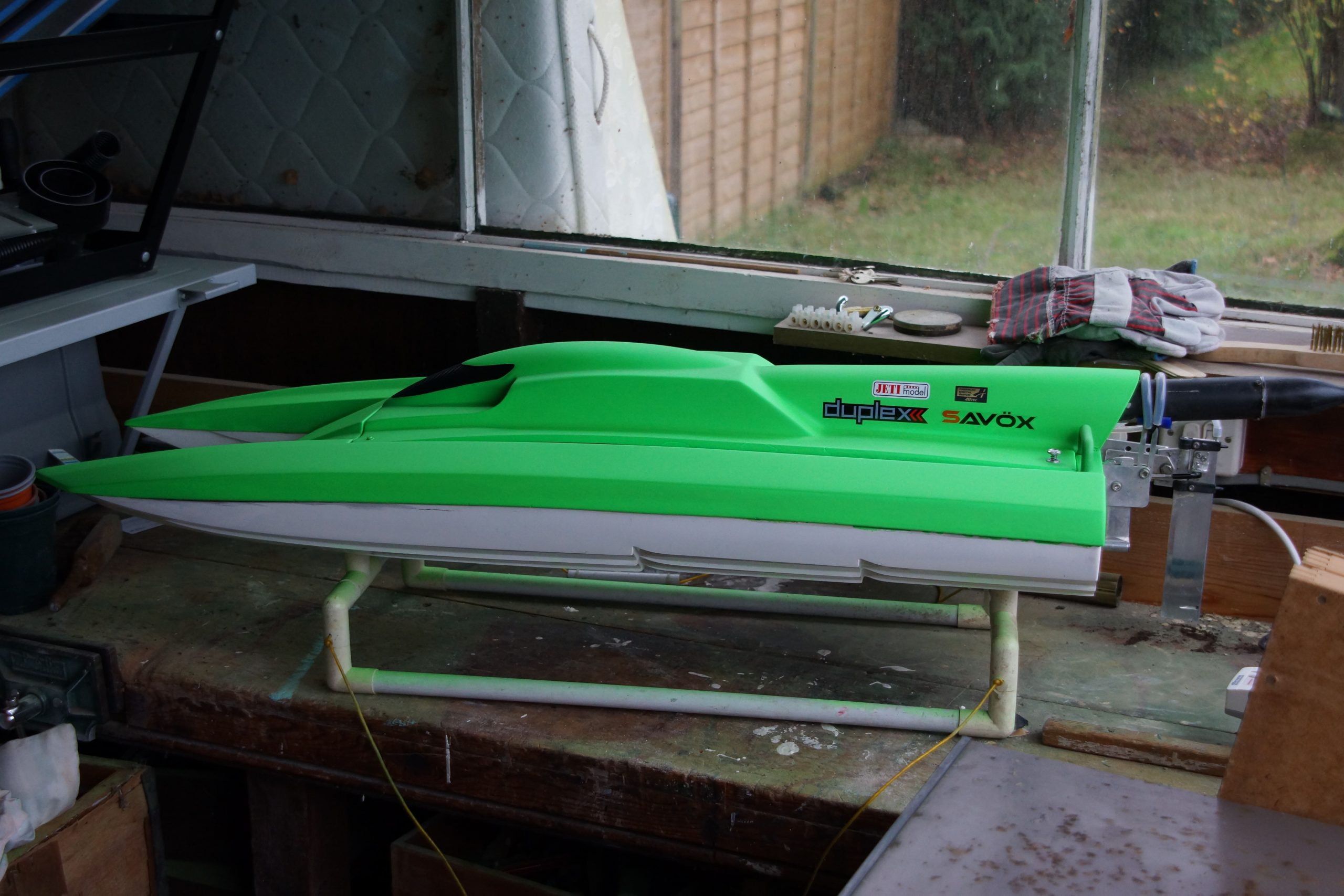